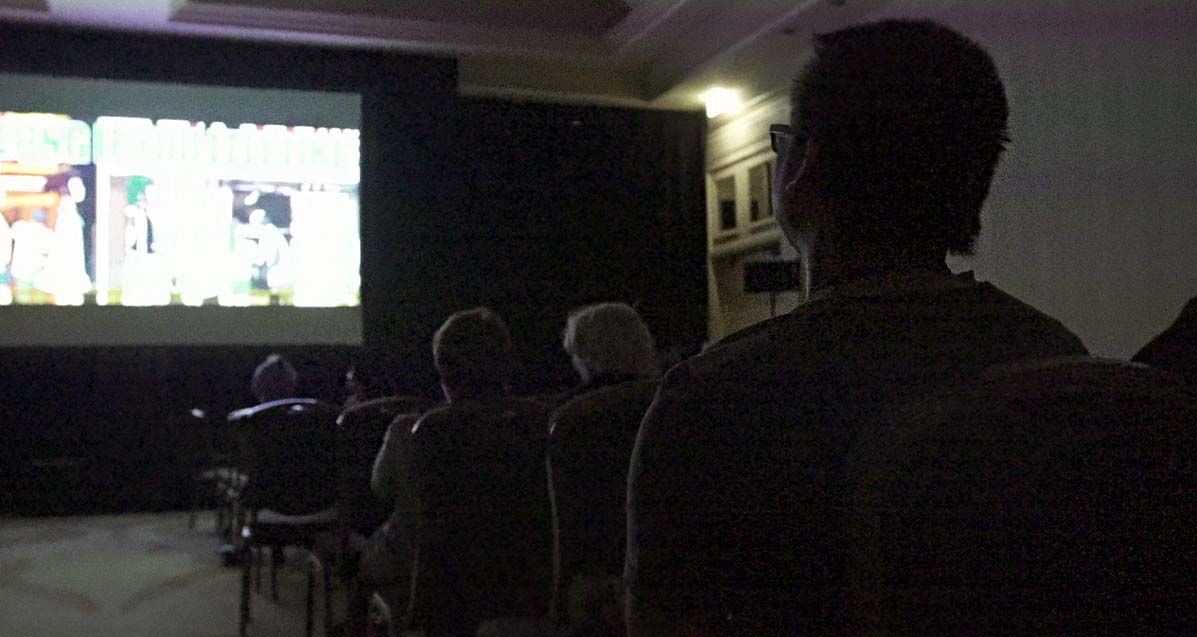 In the 80s and early 90s, convention video rooms were integral to the growth of anime fandom. With official anime VHS tapes extremely limited and expensive (one tape with 1-2 episodes could go as much as $200), fans had to determine whether they really liked an anime title before committing to buy the series. Convention video rooms solved this need as the go-to place for fans to learn about and watch new series. Through the early 90s, groups like Animag and Cal Animage published translated scripts and synopses so that fans could follow along while watching the original Japanese VHS tapes. The increase in officially subtitled and dubbed anime eventually made these synopses obsolete.

With the proliferation of streaming services and the speed at which anime series are localized for global audiences, video rooms do not have the impact on the anime market or fandom that they once had. This begs the question – are video rooms still needed at conventions? We asked anime convention organizers to get their stances.

Darius Washington (Momocon Anime Industry Coordinator) points out that “Even with advances from [the] tape and laserdisc era to modern streams, people aren’t always afforded all chances to connect with new and favorite shows.” For this reason, Washington feels that video rooms are still valuable to maintain video rooms and adds that they “offer something that home screenings don’t – the chance to take in something good and connect with fellow fans even if just for an hour or two.” Nothing compares to the crowd energy.

For Anime Fusion in Minneapolis, Convention Chair Heather Bufkin states that they plan to keep at least two video rooms for the foreseeable future: one for classics and one for new titles. Bufkin “feels [it would be] wrong to have an anime con without showing any anime” and aims to show a curated sample.

While video rooms may not serve the purpose they once did in the 80s/90s, Lauren G., Anime Boston Podcast Head Producer/Museum Staff, likes they can serve as a calm, non-interactive space for attendees looking to take a break from a busy weekend. Bryan Kennedy, Co-Chair for Animethon in Canada, agreed that video rooms offer a space for attendees to rest and aims to continue offering video rooms for attendees who do not have high-speed internet or pay for streaming services. [Event] plans to continue with two video rooms “until demand shows different requirements,” but noted that he does not see video rooms ever going away entirely,

NO – Video rooms are not worth the resources

Kris Berger, President of ECPS (the parent company of Anime Milwaukee) and Director of Facilities for Anime Milwaukee, eliminated video rooms in 2021. “The turnout was so minimal,” says Berger, “that it wasn’t worth it to keep purchasing the licensing.”

Some events have opted to incorporate screenings into other areas or experiences. In addition to their standard video rooms, Kawaii Kon introduced an “Anime Lounge” in the evenings which had a more casual, hangout vibe where attendees could input their picks to play via Crunchyroll. Roy Bann, Senior Admin/Video Director of Kawaii Kon in Hawaii, looks for opportunities to increase traction and saw success with the Anime Lounge, which proved to be very popular among attendees despite only having the lounge open in the evenings. Brandon from NashiCon in South Carolina also discontinued traditional video rooms in 2017-2018 and screened anime in a lounge area instead.

What do you think? Are video rooms a must-have or a waste of space?

We want to hear your thoughts! Vote in the poll or comment below to share your thoughts on video rooms at conventions.

<Anime Industry/>
Can Crunchyroll and WWE Appease Both Wrestli

<Anime Industry/>
What to Expect from Sony's "Unifie