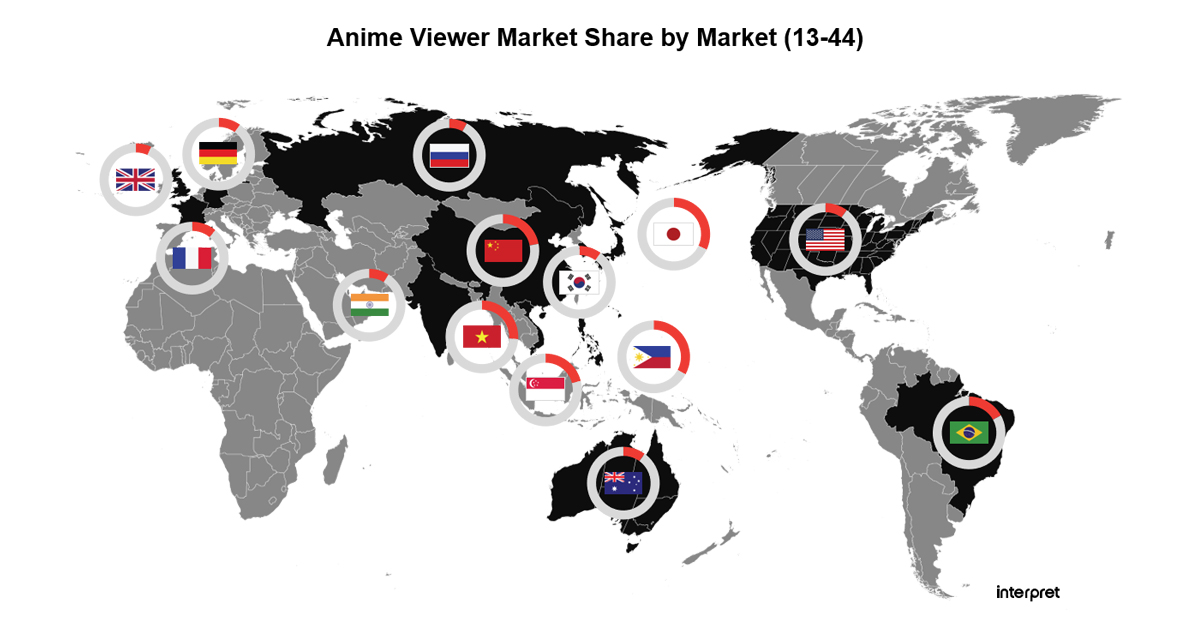 Most reading this blog post will likely have a particular market they are most interested in – perhaps the US or China or Brazil.  But to really understand today’s Anime Viewer, we’ll need to keep things in a global context.

There is now more than ever an anime industry feedback loop running in two directions – anime production is not only influenced by the market you cater to, or the Japanese market alone, but by the preferences and imperatives of a global population of viewers who may decide to tune in.

Anime has received tremendous grassroots support in markets around the world, but in recent decades it has also been promoted by the Japanese government as a key strategic export.  Japan’s state-directed push for soft power (cultural rather than economic or military influence), Cool Japan, has worked, but not necessarily the way the government intended.  Viewer interest in Japanese culture and media has deepened, but their preferences – shaped by different cultural, linguistic, and lived experiences – were not reshaped entirely by encountering Japanese media.  Rather, we see that fans have consistently talked back to the anime industry – and the industry responded in kind.

Today, thanks to the rise of simulcasts, simuldubs, and co-productions, the viewers have greater influence over production than ever before.  The resultant media is shaped by preferences expressed by a wide swath of global viewers, not only by the original Japanese audience.

This rising tide of viewer engagement and demand does not necessarily lift all ships equally.  When a Japanese consul general donned a Doraemon mask at Sakura-con some years ago, he was surprised to find that the gesture was met with near radio silence.  Despite growing awareness of popular titles among the primarily US audience at the convention, they showed minimal awareness of a series that virtually all Japanese children (and many children throughout other Asian markets) encounter at one time or another whether on TV or in merchandise. The same holds true even today.

Like the morning talk show of years past (referenced in last month’s blog post), some programming may become obsolete or remain obscure: “left behind” with one demographic while other titles continue to traverse the globe.

If yesterday’s data might not be able to keep up with today’s diverse anime fandom, then who is the anime viewer of today?  Next month, we’ll take a look at some of Interpret’s proprietary data on US anime viewers and their genre preferences to not only get to know Anime viewers better but to learn a bit more about the entertainment needs uniquely met by anime in this market.

What to Read Next

<My Journey/>
From Fan Site Reviewer to Anime Distribution