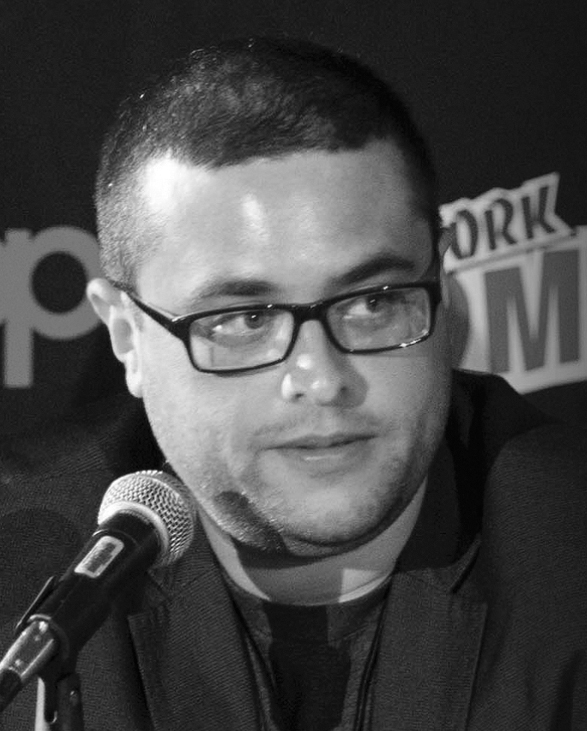 David Uslan began his career even before graduating from college as an intern with D.C. Comics, Walter Cronkite’s production company and Wild Brain Animation Studios. After graduating from Indiana University in 2002, Mr. Uslan joined International Creative Management (ICM). In late 2003, Mr. Uslan went to work for his mentor and father, Michael Uslan, Originator and Executive Producer of the Batman movie franchise, as well as The Lego Movie, Lego Batman, National Treasure, and many others. Alongside his father, David assisted in developing films including Batman Begins, Constantine, and many others. Uslan’s producing credits include the Emmy award winning animated series Sabrina: Secrets of a Teenage Witch (The Hub Network; Disney Channel), Valentine’s Day Massacre (National Geographic Channel), AMC Mob Week documentary series (AMC Network), and American Icons (PBS Network). Beyond North America, Uslan is primarily focusing his time and energy on strengthening relationships between the US and Asian media markets, including the building of global franchises through international co-productions. Partners include iQIYI, Huace and Tencent, including Tencent Academy, in China, as well as JTBC, MBC, and KBS in South Korea, and Zee Entertainment in India. At MIP in 2017, Uslan announced a new joint venture between Banijay, Bunim/Murray Productions, Uslan Entertainment, and Signal Entertainment in South Korea. In December 2018, Uslan signed a first look deal with Renegade 83, an eOne Entertainment company, in the area of unscripted, international formats. Additionally, Michael and David Uslan, along with Jon Karas, are partners in Strawberry Pictures Global Media, a Chinese registered company, with offices in Beijing, Hong Kong, Los Angeles and New Jersey. David is also serving as Director of TDG Media, the entertainment division of The Digit Group, a next generation real estate company specializing in smart city strategies + solutions in China, The Middle East, the US, and across the world. During the fall of 2009, David helped start Graphicaly, a revolutionary digital publishing, conversion, and distribution company. Before the company was acquired, Graphicly had partnered with over 12,000 publishing companies and 15,000 creators to produce and distribute their content in new interactive ways. Many of these publishers were brought in through Uslan’s pre-existing relationships including Penguin Random House, Scholastic, Chronicle Books, Capstone, DC Comics, Marvel Comics, Dark Horse Comics, Image Comics, Legendary Pictures, Relativity Media, Warner Bros., Universal Studios, Amazon Studios, and many more. Along with his career in the feature film, television, gaming, and publishing industry, Uslan has consulted for a number of media companies and events as well, including Imagination Park, Smithsonian Enterprises, VenSat Animation, a leader in the Indian animation industry later bought by the Reliance Group, the Hong Kong International Film Festival, the Shanghai International Film Festival’s Film Finance Forum, and the Asian Film Awards. In 2018, David also expanded his consulting business into the Chinese mobile gaming market by adding Beijing Tongzhuo Game Technology Co. (aka Same Table Games) and EGLS Technology LTD to his list of clients, helping locate and acquire Western intellectual properties that could make successful Chinese mobile games, as well as with endorsement, sponsorship, and live event opportunities. Uslan and his team are also acquiring the rights as well as managing the Chinese social media platforms for top Western stars, including Emma Dumont, the star of the hit FOX series “The Gifted”. Additionally, he is an independent contractor for The Third Floor, the global leader in previsualization. Uslan is also on the Board of Advisors for the NAB Show, which now includes a Shanghai based conference every summer, an advisory board member for the Stan Lee Foundation, as well as being on the Board of Directors for Team Prime Time, an influential afterschool organization based in Los Angeles. He also maintains strong ties to the Association of Film Commissioners International (AFCI) as well as the New Jersey Film Commission, where his father is currently serving as Chairman.